Take down your Christmas Tree - It's not Christmas, it's Advent!

Waiting is an important part of life. Patience is indeed a virtue but is it one that is being eroded by our 24-hour, instant “have-it-now culture”. To be fair, I write this is as someone who is part of this culture and enjoys instant streaming and next day delivery as much as the next person. And yet I fear that there is something important and wonderfully human about waiting that is being lost with our instant, hyper-connected world.  Waiting builds expectation and desire, waiting heightens awareness, waiting can be a journey and so often in life the journey is as important as the destination. When we wait, we slow down, we notice things, we can get our priorities right and focus on the right things as well as getting rid of those things which are not helpful to us. Waiting is a preparation: the waiting of an engaged couple is an important time of preparation for marriage. As they wait, they grow in love for one another and they confirm the choice will hopefully bring them to marriage. Waiting builds perseverance and patience and helps us to appreciate what we have in a deeper way. 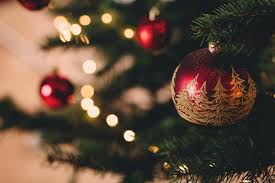 It is, therefore, with some regret and sadness, when I see Christmas decorations and Christmas celebrations beginning in November and early December. For these celebrations, however well-meant, destroy something of the beautiful season of Advent. Now, some might retort that I am being a miserable humbug! (and they could be right) After all, most the country is not Christian so we can’t expect Christmas to be kept in the Christian fashion by people who don’t have faith. There is also the argument that it’s better that people celebrate Christmas with tinsel and presents than not at all, if anything else it’s a way-in for the Christian message.  I have some sympathy with this, I’m not against people celebrating Christmas the way that they do, it is after all  the ‘the most wonderful time of the year!’ What I am against, however, is the creeping destruction of the beautiful and important season of Advent, and not by the general population but by Christians!  Never mind the shopping malls and office Christmas parties in late November - it’s the Church Christmas Tree festivals in the first week of Advent, the decorations and trees up in Christian homes by the end of November and the carol services that fill up the first few weeks of Advent. It’s these things that really irritate me!  Now, don’t get me wrong, I am not a complete purist! There is a practical dimension to having an ‘Advent Carol Service’ in late December and anticipating Christmas with school Nativity plays and carols concerts. When, however, it becomes normal for Christians to talk and behave as if Christmas has arrived in early December then something has gone terribly wrong - we have allowed ourselves to be evangelised by the culture instead of evangelising the world around us. What is more, when decorations and parties cease a few days after Christmas, I must confess my blood begins to boil! Christmas is a season, which lasts up until the Baptism of the Lord which in 2020 in the UK is 12th January. (That’s more than the 12 days we sing about!) If Christmas celebrations begin, as they should on the 25th December (or 24th with a vigil) then keeping the season to January 12th is easily manageable. Furthermore, the continued air of celebrations bringing a quiet joy to the dark and sombre atmosphere of a British January. If, however, ‘Christmas’ has been celebrated since mid- November then, packing the decorations down before New Year is understandable – it’s just this is not how it is meant to be! 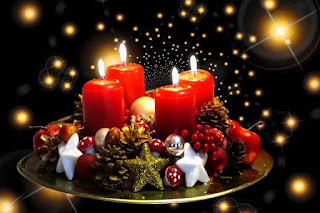 Advent is a beautiful season which expresses in symbol, ritual and rhythm important and profound truths of the Christian life. When we lose Advent to Christmas, we are all the poorer for it. Advent is a season of waiting upon the Lord. It is not a pointless waiting or a boring waiting, but an expectant waiting which builds hope, heightens awareness and helps us to recognize the presence of the mysterious and incarnate God in our daily lives. A good Advent makes for a good Christmas, when we fail to celebrate Advent, we fail to prepare ourselves to receive Christ well when we celebrate Christmas the mystery.

In advent we wait for the Lord to come and we do so in a three-fold way. The first part of advent, up until 16th December is focused on the second coming of Christ. The first Christians lived in this expectant hope, a hope that meant that Jesus might return at any moment to judge the living and the dead. This hope created an urgency in the apostolic activity of the first Christians, they did not hang about, but lived life to the full and shared the gospel message to all whom they met. We talk in the Church, so often, about a New Evangelisation, if we truly lived with the expectant hope of Jesus’ immanent return I imagine our efforts to build God’s kingdom on Earth would take on a new energy and focus!

The second part of Advent 17th Dec-24th is concerned very much with the first coming of Christ 2000 years ago. We prepare ourselves to receive the Christ child who made himself so small as to be born in the poverty of a stable. The God of the universe became a baby for us so that we could know and love him the way that he knows and loves us – this is an awesome mystery that we can never fully appreciate so, a period of prayerful and attentive preparation as we wait upon his arrival is vital. The waiting and preparation of Advent helps us to discover afresh and appropriate in a new way this central mystery of our faith – the incarnation.

Finally, Advent, has a third and often overlook dimension. As we wait for Christ who is to come, and we prepare to celebrate the Christ who came 2000 years ago, our spiritual senses are, as it were, heightened as we are alerted to the daily coming of Christ. The Christ who stands at the door of our hearts and knocks, each moment of each day, waiting for us to let him in and enter into a deeper more beautiful, more life-changing friendship with him. Advent alerts us to the daily presence of the God who makes himself small so that he can raise us up. The God who ‘shared our humanity so that we can share his divinity.’

This year let us really enter into the season of Advent. Let us hold-fire on putting the decorations up, refrain from those December ‘Merry Christmas’s’ and abstain for a couple more weeks from the mince pies!   Instead let us focus on our Advent journey as wait in joyful hope for the coming of our Lord Jesus Christ.