That We May Be One! - A reflection on Christian Unity

In this week of prayer for Christian unity, I wanted to take some time to reflect on the topic of Ecumenism.  As a Catholic priest, whose faith came alive as a teenager whilst visiting a friends Evangelical Church, as someone who has made multiple trips during my formative years to the ecumenical community of Taizé in France, and as someone who has been brought up amongst an extended family of Catholics, Anglicans and Pentecostal Christians, Ecumenism is not just close to my heart, its in my very DNA! 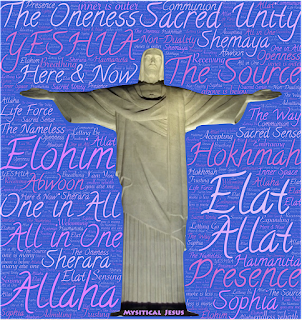 It is common in Catholic circles to talk about the ‘New Evangelisation’. Successive Popes have urged us, as a Church to engage in this great work of Evangelisation, once again, proposing the gospel in a new a fresh way to our world as well as to those Catholics who are ‘catechised but not evangelised’. I would argue, however, that an important dimension of the New Evangelisation will be a ‘New Ecumenism’.

That Christ founded one Church, and that he prayed for that Church to be one is a foundational tenant of the Christian Faith. Furthermore, it stands to reason that if the Church is the Body of Christ, and Christ is One, his body also should be one. The sad truth, however, is that the Church is divided. The two-thousand-year history of the Christian Church has seen significant divisions, the great schism between East and West in the Eleventh Century and then the protestant reformation of the Sixteen century. These divisions occurred for several reasons, but the underlying reason is that the Church is made up of sinful human beings, albeit sinners who are on a pilgrim journey of holiness. Just as we are not content with sin, we should not be content with the fruit of sin: division. It seems to me, that to work for the unity of the Church is an essential part of what it means to be a Christian: a sinner, in need of the mercy of God, who is on a journey of conversion.

In the past, the attitude towards Christian unity from in the Catholic Church could perhaps be summarised as ‘Christian unity means everyone should convert to the One True Faith’. This was not a helpful attitude, but it was not that it was all that different from other Christians either. Whilst, it’s true that Catholics joined the ecumenical movement much later than some other Christians, hostility from other Christians towards the Church of Rome was (and still is, in some quarters) a reality. There is no need to point fingers, suffice to say, all Christian communions bear some responsibility for the divisions in the Church.

This said, as a Catholic I am interested how, as the Catholic Church, we work for unity of Christ’s body, the Church. The Second Vatican Council had a lot to say about the relationship between the Catholic Church and other Christian believers but sixty years on it is taking time for this important teaching to disseminate and be interiorised by Catholic believers.

The first thing to remind ourselves of is that that other Christians of other churches and communities are our brothers and sisters. They are not heretics who are guilty of crimes, but are fellow pilgrims in the One Church of God. The Council stated clearly:

"The Children who are born in to these communities and who grow up believing in Christ cannot be accused of the sin of separation, and the Catholic Church embraces them as brothers, with respect and affection. For men who believe in Christ and have been truly baptised are in communion with the Catholic Church even thought this communion is imperfect."  (Unitatis Redintegratio 3)

One of the keys ideas, re-articulated by the second Vatican council, is the idea of degrees of communion. This is an important development, that has in my opinion yet to really take hold. Put simply: those baptised members of the Church who hold to the Catholic faith and remain in state of grace are in full-communion. This full-communion is made visible in the act of receiving Holy Communion Mass. This communion, however, can be damaged and disrupted by sin and other factors, so there remains people who, although they are Catholics in communion with the Church, for whatever reason do not enjoy full-communion and so they do not receive Holy Communion. (Until such a time as full-communion is restored.)

As well as Catholics who don’t receive Holy Communion, we must then include our brothers and sisters from other Christian traditions.  (who, because we are not in full-communion would also not receive Holy Communion) In so far as we profess belief in Christ, share the same Scriptures are united by the same Baptism, we are in communion with them, albeit in varying degrees.  These degrees of communion do not, however, undo or denigrate the fact that when we are baptised, we become members of Christ’s body. Is does not change the truth that he or she who professes Christ is my brother and sister. The Vatican Council stated clearly:

"The differences that exist in varying degrees...do indeed create many obstacles...But even in spite of them it remains true that all who have been justified by faith in baptism are members of Christ's body, and have a right to be called Christian and so are correctly accepted as brothers by the children of the Catholic Church." (Unitatis Redintegratio 3)

I believe, all Catholics, indeed all Christians, if we are take faith in Christ and our baptism’s seriously, need to acknowledge each other as brothers and sisters. Yes, we have our difficulties and our differences and we might not ever enjoy full, visible communion – but we are family, Christ’s family. Our uncharitable attitudes hamper our mission and witness to the world. I think the image of a family is a very helpful. Families come in all shapes and sizes and are extended through many relatives and friends. Some of our relatives we are very close to, (physically if we live with them, emotionally and spiritually if we share a specific bond)  other relatives we might not see very much at all - but if we are related then we are related and we cannot change this basic fact!

The church is a family, we are the pilgrim people of God. I pray in this week of prayer for Christian unity that we can see past our divisions and celebrate the Christ who makes us one. In a world and society every more polarized and divided the Church has the power to reach across divides and to bring about communion in Christ.  This will not happen, however, until we can recognise our brothers and sisters in the faith. One way to try and move past the divisions, without downplaying our history and our differences is to change our attitude and way of thinking. For example, I try not to think of  Baptists, Evangelicals or Anglicans as different churches (or ecclesial communions), but rather as catholic- Baptists or catholic-evangelical/catholic-Anglican  brothers and sisters who I am in communion, albeit a partial communion with. This recognition and celebrating of partial communion I believe is to be a constitutive part of a ‘New Ecumenism.’ Whilst I profess and believe that the fullness of Christ’s Church subsists as the Catholic Church, my prayer, especially in this week of Christian unity, is that all the baptised will have the grace to recognise that we belong to One Church - however damaged, and that we will confidently profess One Faith, One Lord and One baptism to our world.  Amen.